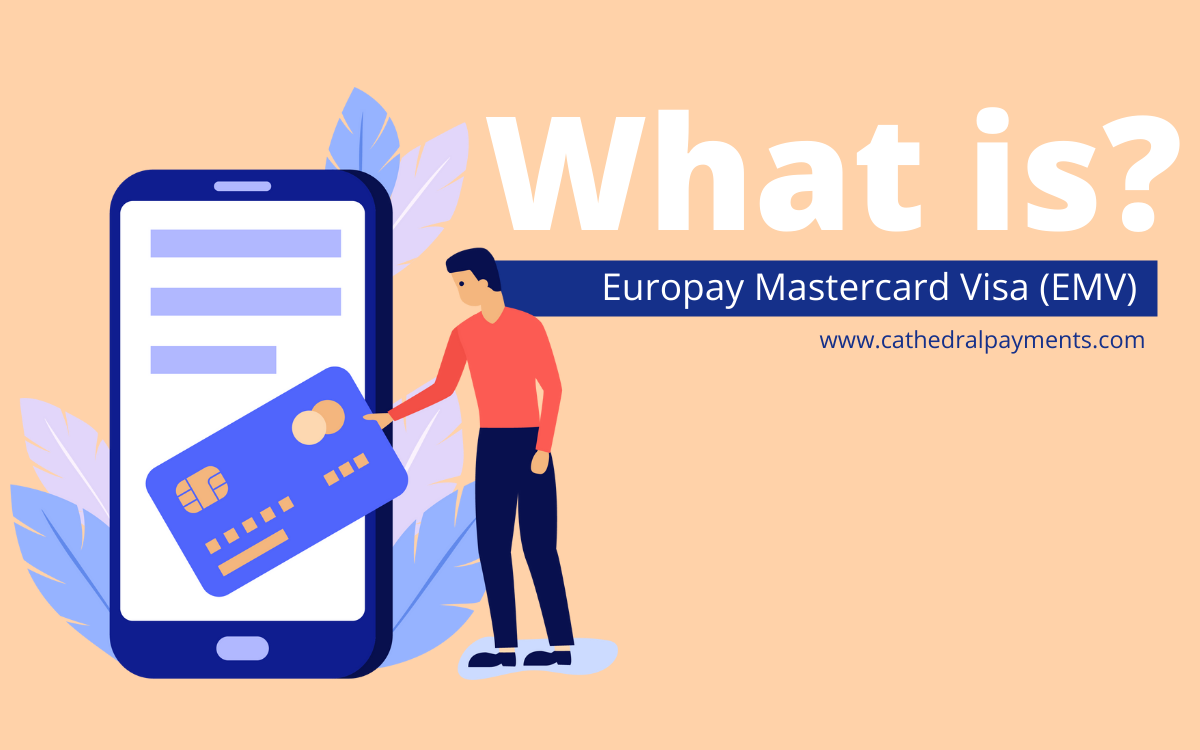 Europay Mastercard Visa (EMV): Everything You Need to Know

For many years, non-cash payments across the US relied on cards with magnetic stripes that were swiped through readers. More recently, though, Europay Mastercard Visa (EMV) standards have changed things up. As a direct result, card fraud is down while spending has increased. 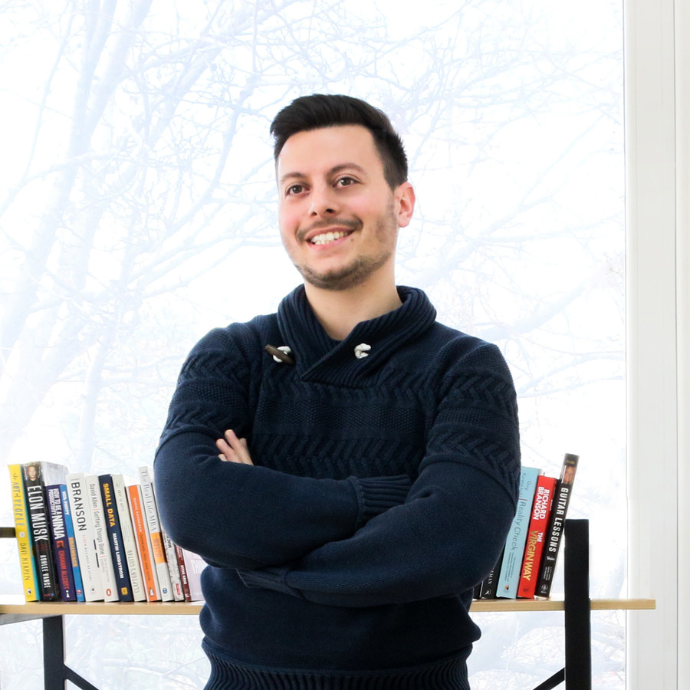 For many years, non-cash payments across the US relied on cards with magnetic stripes that were swiped through readers. More recently, though, Europay Mastercard Visa (EMV) standards have changed things up. As a direct result, card fraud is down while spending has increased.

EMV transactions have been the norm elsewhere in the world for a long time. In Africa, Canada, the Caribbean, Europe, and South America, more than 95% of all card-present transactions last year were made using EMV. Here in the US, we’re still playing catch-up, with just under 73% of all transactions relying on this secure technology.

With such a sweeping change, it’s only natural to be a bit dubious. If you’re still unsure about what EMV is and why you should embrace it, read on. You’ll find the answers to all your burning questions.

What Is Europay Mastercard Visa (EMV)?

As mentioned above, EMV is the name given to global standards developed for in-person and remote card payments. Developed in 1993 by joint founders Europay, Mastercard, and Visa, EMV credit and debit cards feature small, square computer chips. These chips contain encrypted data that the card reader accesses during a transaction, similar to the magnetic stripe on older cards.

But, while the chips transmit data just as magnetic stripes do, payment terminals process them differently. With a magnetic stripe card, all you have to do to complete your payment is swipe your card and sign. Alternatively, when you use an EMV card, the reader won’t authorize the transaction until you enter your four-digit PIN. This offers consumers another layer of protection.

Six of the world’s leading financial services providers are members of EMVCo, the organization responsible for the global management of EMV. As such, the majority of credit and debit cards issued these days are EMV cards, including those produced by:

You can also use EMV for contactless cards and NFC mobile payments. When you do, you won’t have to enter a PIN to authorize the transaction. Instead, there are other cryptographic functions in place to enhance security. As such, contactless EMV payments are still more secure than magnetic stripe payments.

Why Are EMV Transactions So Secure?

Thanks to advanced cryptography and a secret PIN, EMV cards are less susceptible to misuse when lost or stolen. So, even if a thief has your card, they won’t be able to make substantial purchases unless they know your four-digit code. Admittedly, they could make several smaller contactless payments. Even then, there is a limit on how many contactless transactions can be made in a row, helping to minimize fraud.

EMV credit and debit cards are also far harder and much more expensive to replicate than their counterparts. That’s because the chips are tamper-proof by design, meaning they’re almost impossible to clone. If someone attempts to make a purchase on a duplicate card, the reader will be able to detect automatically that it isn’t authentic.

Conversely, magnetic stripe cards are relatively easy to clone because the data stored in the stripe is static. So, with a simple process known as “skimming”, hackers can extract the information they need to create duplicates. There’s also no need to worry about authenticating the card at the point of sale. Signatures are very easily forged and aren’t verified by the card reader like a PIN is.

What Was the EMV Liability Shift?

The EMV liability shift began in October 2015, marking a turning point for payment acceptance in the US. It meant that credit card fraud became the merchant’s responsibility if they had not yet implemented chip-compatible payment terminals. The shift also mandated that card issuers begin to introduce EMV chips in their cards.

The liability shift was intended to do two things. The first was to incentivize EMV uptake across America. The second was to reduce credit card fraud, which has proved to be of benefit to consumers and merchants alike. And, in both instances, the initiative has been a success.

What Are the Benefits of EMV?

The big promise of EMV was that it would reduce credit card fraud, and it has most certainly done that. Just one year after the liability shift took place, in-person card fraud declined by almost 50% in the US. More specifically, as the Federal Reserve reported, it declined from $3.68 billion in 2015 to $2.91 billion in 2016. With wider implementation, instances of credit card fraud will only keep falling.

Other benefits include an increase in card spending, likely encouraged by the convenience of secure contactless payment methods. EMV is also the world’s most popular non-cash method of payment, as highlighted by the global statistics mentioned earlier. As a result, it is widely interoperable, making it much more suitable for Americans traveling overseas.

All You Need to Know About Europay Mastercard Visa (EMV)

There’s no doubt that EMV is the future of non-cash payments in the US. As implementation picks up, the benefits become increasingly apparent.

At Cathedral Payments, we have unprecedented insights into and knowledge surrounding EMV. We supply our contact and contactless EMV Level 2 Kernels to the world’s leading manufacturers of EMV chip card readers. So, we know exactly what it takes to integrate it into existing business models. 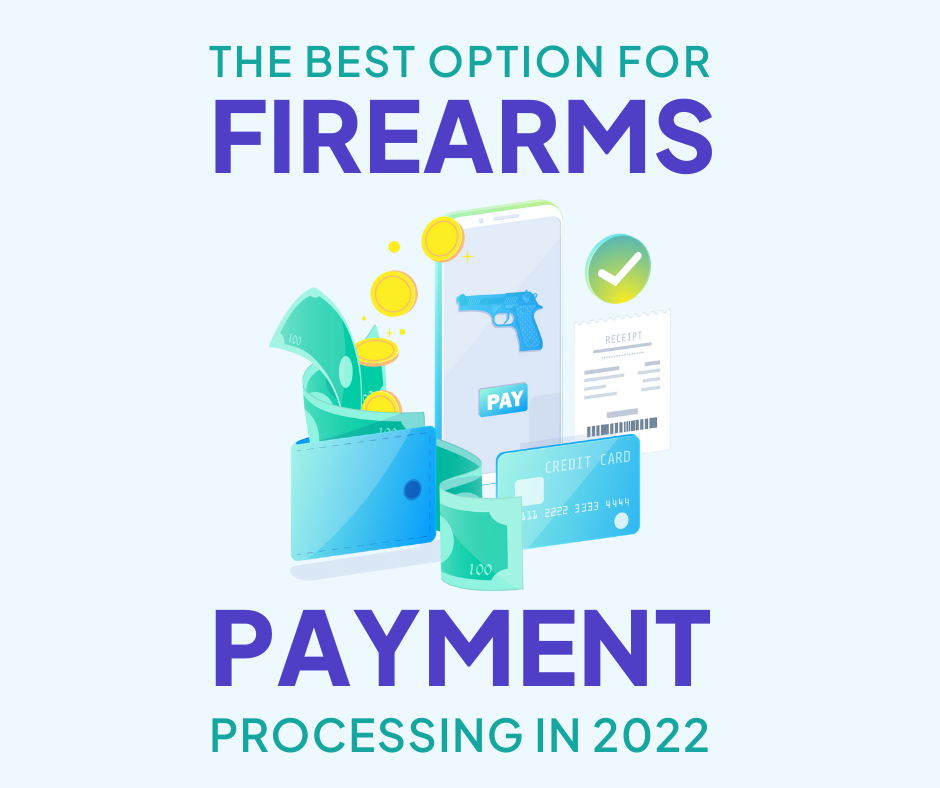 Cathedral Payments: The Best Option for Firearms Payment Processing in 2022

We offer a variety of features that are designed to make your payment processing experience as smooth and efficient as possible. In this blog post, we will take a look at the firearm payment processing landscape in 2022 and explain why opening an account with Cathedral Payments is the best decision you can make. 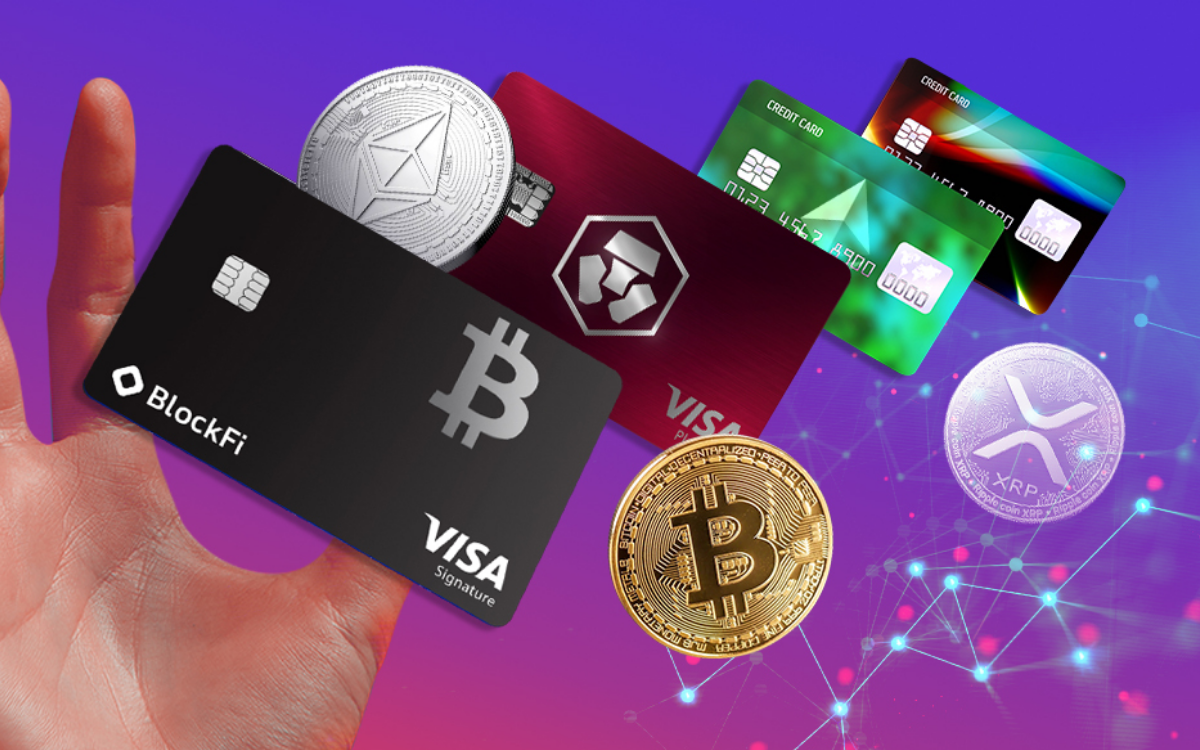 Visa teamed up with BlockFi to create credit cards that utilized the power of crypto currencies. BlockFi credit cards are powered by Visa’s networks and offer bitcoin for every transaction. 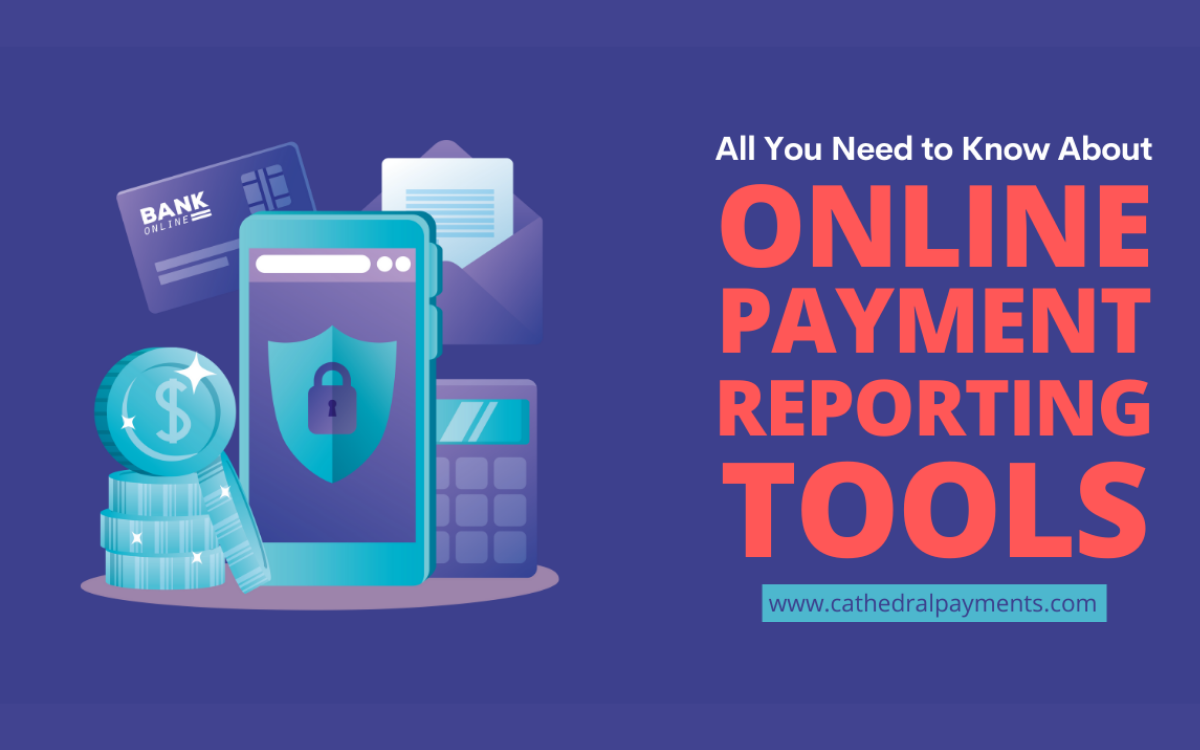 All You Need to Know About Online Payment Reporting Tools

There’s a lot to think about when you are running a business. From product sourcing to marketing and everything in between, making a profit takes a lot of hard work. Even something as simple and seemingly passive as taking payment can be time-consuming. Thankfully, there’s a way to make that process easier. 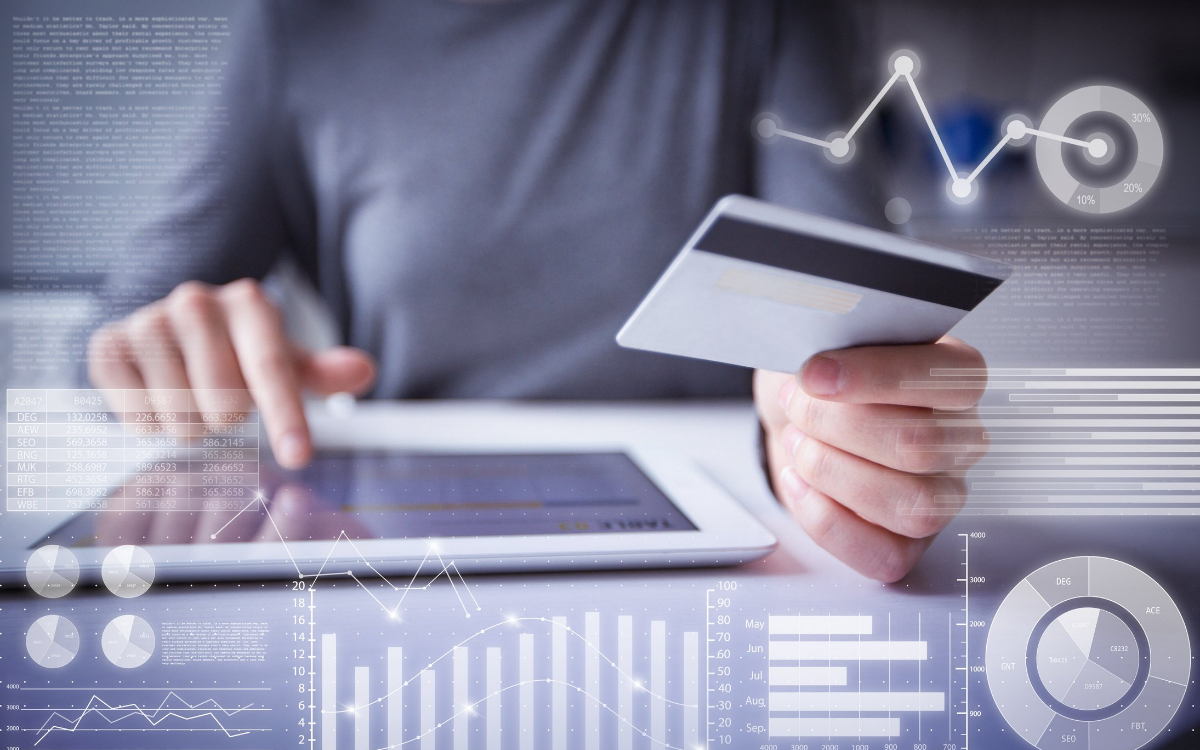 As an entrepreneur, whether you conduct your business from home, on the road, or over the phone, you’ll need a way to process payments. But, with different options out there, it can be difficult to find the right system to suit your needs. Thankfully, there’s one very simple answer: virtual payment terminals.

Get a free rate quote. No commitment required.
Get started now